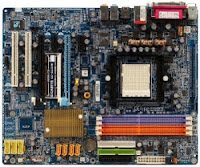 News "bits and bytes" from the world of shortwave radio

Are sunspots disappearing ?
Go to http://www.spaceweather.com/ and check out the article "Are Sunspot Disappearing?". Click on the link recent "EOS article" or go directly to the article in .pdf form at http://www.leif.org/EOS/2009EO300001.pdf .

I've been concerned for quite a while about the possibility that we are entering another "Dalton" type sunspot number minimum, a shorter version of the Maunder Minimum. Check out this web page link www.wcflunatall.com/Dalton%20Minimum.jpg .

Few sunspot groups and poor band conditions on 15-6 meters would be the least of our worries. The big concern would be global cooling for a period of 20-30 years. Another Dalton type Minimum would put quite a strain on natural resources such as food and petroleum and mass starvation could result in third and second world countries.(Thomas F. Giella, NZ4O, Lakeland, FL)

A reunion to celebrate the 20th anniversary of the launch of Atlantic 252 is to be held in Trim, Ireland, on 12 September, and anyone who had any involvement in the longwave giant is invited. Organiser Enda Caldwell is hoping to get as many people from the station's 12 year history to come along as possible, and would like to hear from you if you were involved.

It was originally to be a private event. Now it is open to the general public to attend in a conference setting to see and hear and meet the people who made Atlantic 252 one of the most successful Irish based radio stations in Europe. This is what's planned:

Charlie Wolf will open the day's proceedings by making an opening address to public and media who will arrive for 3pm.

3pm - 3.45 Atlantic 252 The Launch Lineup including Charlie Wolf confirmed, talk about the launch day memories. there will be a panel with the opportunity for questions from the press and public near the end.

4pm - 4.45pm The 91-94 days with people from that era talking about the station's peak days, the Roadshows, music etc.

5.45 pm - 8pm The Atlantic 252 Saturday Night Party with The Pizzaman plus special Guest Atlantic 252 jocks playing those Long Waves Of Nonstop Hits from 1989-2001.

There are also other features, news and information about shortwave broadcasting, propagation, solar activity, monitoring notes, new schedules,extracts from schedules, and schedule updates.
It's 15 mins duration, and may be accessed from http://airm.edxp.org/

You may download/listen to/save the episodes as an MP3 file on your laptop/desktop, set up a Podcast, or receive/save it on your Mobile Phone or other portable internet-enabled digital device.

You may also subscribe via the site's RSS/Atom feed - full details are at the site.
The episodes are also available on-air, over WWCR Nashville, 0200-0215 on Sundays, on 5070, and on Mondays 1145-1200 on 15825, and via WWCR's streaming audio (live) at http://wwcr.com/
Good listening to the Australian DX Report Episode # 11165, and enjoy the musical interludes!(Bob Padula, Melbourne, Australia/Cumbre4 DX)

Both Bhutan Broadcasting Service (BBS) & Bangladesh Betar were back on their respective channels 6035 & 4750 kHz during my checking around 0624 UTC on August 24th. But the in the early morning hour, indeed both BBS & Bangladesh Betar were absent on their respective frequencies. (Gautam Kumar Sharma, Abhayapuri Assam, India via Alokesh Gupta, India)

4750, Bangladesh Betar, 1334, August 24. Assume n scheduled Bengali. Man with the news; ID at 1340 ("Bangladesh Betar"), followed by woman with the news. Subcontinent music and singing at 1350. Interference from CNR-1 (Chinese) and RRI (non-stop
reciting from the Qur’an). Without the interference would have been fair reception (Ron Howard, CA/Cumbre DX)

We are having a major interference problem on our main short wave radio frequency on 6010 kHz; which transmits "The Voice Of Your Conscience". For several weeks now Radio Havana Cuba has been jamming our radio transmissions with communist broadcasts in English from about 12:00 PM to 6:00 AM EST (a key time slot when many people tune in and the signal goes a long ways). There are 80,000 Galcom solar radios fix tuned to our two short wave frequencies that have been distributed to men and women on all sides of this conflict.

Last year we had the opposite problem when an anti Castro group started up powerful anti communist broadcasts on our other short wave frequency, 5910 kHz. After a lot of prayer we were able to obtain international help which solved the problem. We have already filed a complaint about this new problem but the help and decision of the international agency is nonbinding and each country is autonomous.

Another thing that we can do is to up the power on our transmitters so that our signal will dominate in Colombia. We have a new transmitter which just arrived in the container from Canada which is twice as powerful as the one we presently use. However it will require antennas, some additional parts, labor and modifications in order to tune it to our frequency and an adequate transmitter shack for the installation. All told it will take about US 32,000 to get this new system up and running properly.

Last week we also received the sad news that HCJB will be terminating their short wave broadcasts from Quito, Ecuador for a variety of reasons. This means that we may soon be the only remaining Christian short wave radio on the air in Latin America at this most critical time.

I was informed yesterday that one of our high mountain FM radio sites was destroyed in the midst of intense fighting. Guerrillas overran the ridge we were on and heavily mined the area. The army counterattacked and our house was destroyed along with some of our equipment. This site is very strategic for us because it enables us to penetrate the vast Colombia Ecuador border region which is mostly under communist control. We have another, safer and even higher site where we can continue to transmit from but it will cost over US 50,000 to replace this loss. We praise the Lord that all of our people were spared and that only material things were
destroyed.

We estimate that there is a potential listening audience of well over 100 million people in Colombia, Ecuador, Brazil, Peru, Panama and Venezuela who live within optimum range of our broadcasts. Our actual listening audience is estimated to average well over 300,000 people who are tuned in at any given time, many of them live in vast areas where church buildings and meetings are strictly prohibited.

The world wide recession which has really started to take hold here in Colombia has affected us and we are in the midst of a very tight financial situation in addition to all of the above. Pray that the Lord will continue to provide whatever is necessary to keep this vital radio network on the air in the midst of all the strife and turmoil of this volatile region which is open now as never before to the Gospel.

Kuwait on 7250 ?
Radio Kuwait 0935 in Farsi with talks by lady announcer. Keeping radio on and listening on 0958 I heard ID as of Radio Kuwait, then national anthem. Station ID at 1000 in Arabic then ID with hymn with talks mixed with English and Tagalog (presumed)language . On 1102 with quranic psalms. Re-tuning on 1005 frequency was vacant!!! (Zacharias Liangas, Greece/HCDX)

Laos back on 7145
External Services back on 7145 as mentioned already some weeks back. Good clear signals on 7145 kHz. Even though I am a radio amateur and know 7145 is not a morally correct operation for Laos, I love to have this rare DX continue. Here is South and South East Asia the new band extension is hardly used.

Niger monitoring
9704.99 LV du Sahel, Niamey, 2120-2159.* (Tentative) Weak signal with lite US pop music. French/vernacular talk. Sign off at 2159 but unable to hear many program details after 2150 due to a high noise level.(Brian Alexander-PA-USA, DXplorer Aug 16)Niger noted back again also in Germany since Aug 13, wb.

Seventy Years of BBC broadcasting
This weeks edition of Over to You on the BBC World Service, first broadcast 22/08/09 carried a 12 minute report on 70 Years of BBC Monitoring.

It is available online, as well as all previous programmes in the series.

The feature on BBC Monitoring starts at 7 minutes 45 following the feature on the media in Afghanistan: www.bbc.co.uk/programmes/p002vsn8 (Mike Barralough, UK/worldxclub)